With the end of June,  take this opportunity to review your property’s achievement or progress toward its goals.  Explaining goals during team meetings gives each team member ownership and understanding of these objectives.  Converting each objective into SMART goals gives a value every team member can measure.

With many organizations, success is not only measured in a comparison to budget, but also, it’s year over year expenses, same store sales.

The results of changes to revenue and expenses will determine the effect on NOI, Net Operating Income, for the property.

Has the Gross Rent Potential increased over the previous year?  This would be achieved if the market rent has been increased.  The impact of rent increases, is lessened by the existing leases on a property.  Managing lease renewals will reflect in a decreasing trend in the rent dollars tracked in a loss to lease expense area.  Failure to increase rents on renewals will decrease the rent revenue on a property. What change has affected the average or economic rent?  Market rents can be increased, but if lease renewals do not result in increased rental rates or move in concessions are increased; the average rent will have decreased from the year before.

A property could easily report a higher occupancy, but collect less rent as a result of renewal or move in concessions.

The second category for the financial report card is an evaluation of expenses.  Again, performance may be compared to budget, or previous year expenses.  In most cases, apartment turnover strongly affects expenses.  Establishing a goal for lease renewals, resident retention; not only creates growth in revenue, with increased rents but can decrease maintenance expenses with reduced turnover.

There are many cases where the number of occupied apartments, the occupancy percentage may exceed the previous year results, but the net operating income is less than the previous year.  Understanding this dynamic is important to increase the value of the property.

Use of concessions, reduced rental rates and residents with unpaid balances all contribute to a perception of improved performance, when the actiual financial results show something much different.

Economic occupancy is calculated by dividing the rent income received by the number of occupied apartment homes.  Focusing on this value shows the effect of concessions on revenue.

A property with 200 total apartment homes, an average market rent of $600 has a monthly gross rent potential of $120,000.  If the property is fully occupied, all 200 apartment homes have signed leases; not preleases, or assigned apartments, but paying rent, keys in hand occupied apartments, with $113,893 for rental income, it reflects a 94.9% economic occupancy.  This same result in revenue actually reflects an effective or economic rent of $569.

Its important for the leasing staff and the manager to understand this concept.  In terms of leasing, a prospect needs to understand the economic value.   In terms of property performance, a negative change in the effective rent may impact the cash flow of the property.

Using concessions may increase occupancy, but offering reduced rental rates has a long term impact on property performance.  With the example described, this is an average of $31 per month per apartment; the annual impact-almost $75,000 in lost revenue.

Mid-year is a time to determine if property operations are contributing to progress for goals or how either the goals or operations should be adjusted for property success. 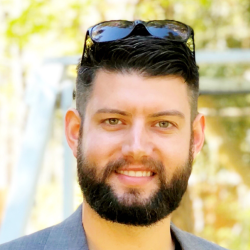 Please note: I reserve the right to delete comments that are offensive or off-topic.

One thought on “A Mid Year Report Card, Is Your Property Achieving Its Goals?”

Planning An Open House Event? Subscribe Here And I’ll Send You A Checklist To Get You Started.